Email ThisBlogThis!Share to TwitterShare to FacebookShare to Pinterest
Trader Yossie?  A surfing kosher gourmet?  Yep.
Believe it or not Trader Joe’s has the very best bargains in kosher wine all over the USA!  You won’t find anything like them online or in the conventional supermarkets.
Trader Joe’s of all places! Who knew? Who would have guessed?  I’m kvelling. . .  but it’s amazing.  A secular store with a “surfer dude” image has made a breakthrough that the market has been waiting for. God bless America.
﻿﻿﻿
﻿﻿﻿

I’ve tried the wines and they are pretty good. Certainly they are  the best for the money available.  I live in California and there is nothing like them anywhere. You won’t even find this type of thing in the kosher stores in the Jewish neighborhoods.
﻿﻿

In California there are four wines.  Terrenal Cabernet Sauvignon $3.99  Terrenal Tempranillo -$3.99  Terrenal Chardonnay - $4.99  and Sara Bee Moscato (the famous Italian sweet, slightly sparkling wine) $5.99.
There used to be a fifth wine called Banero  Prosecco (sparkling champagne-like wine from Italy) for  $7.99 but it was discontinued at least in California.
﻿
﻿

I’ve told my friends around the USA about this and they have all found the wines at different prices. I guess the taxes and overhead vary from state to state- but they all say the wine is the best value they have ever seen in kosher wine.  My friends on the East Coast even say that they have the Banero Prosecco – alas it is still only a memory here in the Goldena Medina (Golden State).
Why am I posting this now? Well, Pesach is just around the corner and if your having a Seder your gonna need a bunch of decent wine. Here’s your chance for a metziah – a find – a bargain. 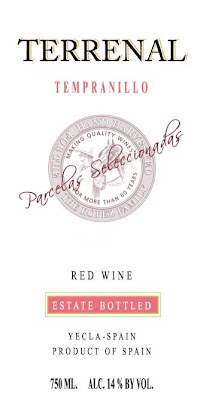 The other reason is that I don’t want to see the wines “disappear”.  Banero got purged in California and if the other wines don’t sell we’ll lose them too. Frankly, I want more, not less kosher choices and if the surfer dudes are willing to run with the ball (forgive the mixed metaphor) I am willing to let them do so. It’s a wonderful idea and I want to help.
So this Passover why don’t you give it a try?  Let’s show the surfers that they have found something worth keeping.  Oy I’m kvelling again. . . . on my way to Venice Beach.  Surf’s up!﻿﻿ ﻿﻿﻿﻿﻿﻿
﻿﻿